When you experience care through the Visiting Nursing Association of Western New York, you work with the innovator in home health care.

Founded in 1885, the VNA of Western New York was the first visiting nursing organization in America. Since then, the VNA has become one of the oldest charities in the nation and remains the largest home health agency in the Western New York region.

From humble beginnings in Western New York, the VNA movement migrated across the country. Today, there are over 500 visiting nurse associations, employing more than 90,000 clinicians, providing health care to more than 4 Million people each year.

VNAs provide a critical safety net in communities, enabling our patients to continue to live independently at home. The VNA of WNY has evolved to be one of the largest VNA's in the country, and an integral part of the healthcare landscape of our communities. 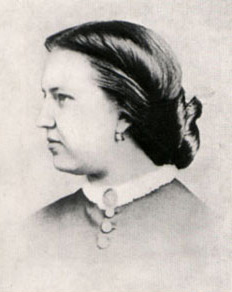 "In 1885, Elizabeth Coe Marshall, a Sunday school teacher at the First Presbyterian Church in Buffalo, New York, collected funds to hire a nurse to provide free nursing among the sick poor in the City of Buffalo…thus began the practice of nurses traveling to the homes of the sick, recuperating, and disabled Americans."
- Smithsonian Institute

In 1885, about 75% of America’s 50 million people lived on farms or in rural hamlets. Tuberculosis was the greatest killer of adults. Other common diseases in that period included bronchitis, rheumatism, kidney and circulatory ailments, malaria, syphilis, and small pox. Life expectancy was around 40. Medical science had just discovered that certain bacteria could cause human disease. The hospital system was in its infancy, with less than 700 in the entire country. Physicians were normally generalists who treated the entire family.

Nurses in the area trained at the Buffalo General School of Nursing, which was founded in 1877. They also provided care in people’s homes—for those who could afford to pay for it. Elizabeth Coe Marshall thought that home care should be provided for all, regardless of their ability to pay, and created the vision of a non-profit organization dedicated to that concept. Elizabeth got the idea after she was ill as a result of an accident, and care was provided by a nurse in her home.

Elizabeth Coe Marshall died just a few years later, in 1892, but by that time the VNA of Western New York was firmly established.

VNAs in Boston and Philadelphia started on the heels of Elizabeth’s dream, but the visiting nurse movement began right here in Buffalo, New York.